Clark Chevrolet Cadillac is celebrating its 100th Anniversary selling Chevrolets, September 28, 2015. We would like to let you know how we began.

The family business started with sixteen-year -old W. G. Clark, who left his father's farm at Nackawic and went to work for T. Johnson and Company in Saint John in 1881. Two years later, when Mr. Johnson indicated he wished to retire, W.G. arranged for his father, John T. Clark, to leave the farm and join him in operating the farm machinery and carriage business. In 1884 they moved the main operation to King Street in Fredericton where they formed the J. Clark and Son Fredericton Carriage Company.

It was in 1915 that J. Clark and Son Limited earned its place in Canadian automobile history. On September 15, W.G. Clark brought the first Chevrolet ever to come to Canada for display at Fredericton's annual exhibition. Shortly thereafter, J. Clark & Son Limited began using agents to sell Chevrolets wholesale to local carriage dealers and blacksmiths. Advertisements of 1915 display the popular series of the "Royal Mail" produced by the Chevrolet Motor Co., USA.

W.G.'s second son, Alden was just a teenager at the time. A 65-year veteran of the family business, he fondly remembered those early years. "I used to help unload new cars at the railway yards; six of them to a freight car, double decked. It was quite a trick getting the first ones out, then lowering the top ones down, putting the wheels on and rolling them out the narrow side door without damaging them. Then we'd have to tow them to the shop to install the windshields, steering wheels, tops, bumpers and spare tires".

Owners of those first cars did not enjoy the services we take for granted today. During the early years mechanics were as scarce as paved roads in New Brunswick - which some claim were virtually non-existent.

"For a time some of the old Fredericton Carriage Co. service areas on King Street were adapted to accommodate servicing the cars" Alden was quoted. "There was a blacksmiths shop on the ground level to make metal parts that went into the new carriages and sleighs. That was a dandy place for auto repairs. There was an upholstery shop on the second floor, where the seat cushions and tops were made - a natural for auto seats. On the top floor a paint shop was set up. I remember them switching over from the brush to the new fangled spray gun. And, of course, the painting of cars replaced the painting of wagons and sleighs, but it was much harder pulling the elevator by hand up to the third floor with a car on board instead of a sleigh."

When John T. Clark passed away in 1916, W.G. took on full responsibility for the company. Within three years, J. Clark and Son Limited had taken on direct sales and servicing and built its first automotive sales and service building in Fredericton at 420 King Street. The new building with its showroom, office, parts department and repair shop, set a precedent for other car dealers in New Brunswick.

Canada's first Chevrolet dealer celebrated its 50th anniversary in 1965. At that time J. Clark & Son's Fredericton facility on the corner of York and Brunswick had grown to 70 employees. The parts department boasted a full stock of GM parts, the service department featured spacious service and new alignment equipment, and the body shop had a special automatic bake oven for fast-drying paint work. The paved used-car lot with its outdoor lighting and large inventory of all makes of cars and trucks offered the ultimate in used car shopping convenience.

1973 not only marked the 90th anniversary of the company but also the year Clark's Chevrolet moved to its current premises at 240 Prospect Street (820 Prospect Street). The new facility spanning 37,0000 square feet, was one of the largest in Atlantic Canada at that time. For the first time in the history of the company, J. Clark and Son managed to organize all its departments and storage requirements at one location.

The company now operates out of its 47,000 square foot facility, at 820 Prospect Street, with an additional branch in Sussex.

Since the opening of the first Chevrolet dealership, over 200,000 cars and trucks have been sold by J. Clark & Son Limited. And throughout the years, the company has continued to provide first class facilities to service those vehicles

Our goal is to create customers and keep them for life.

The historical information above is from the 75TH Anniversary booklet printed in 1990. 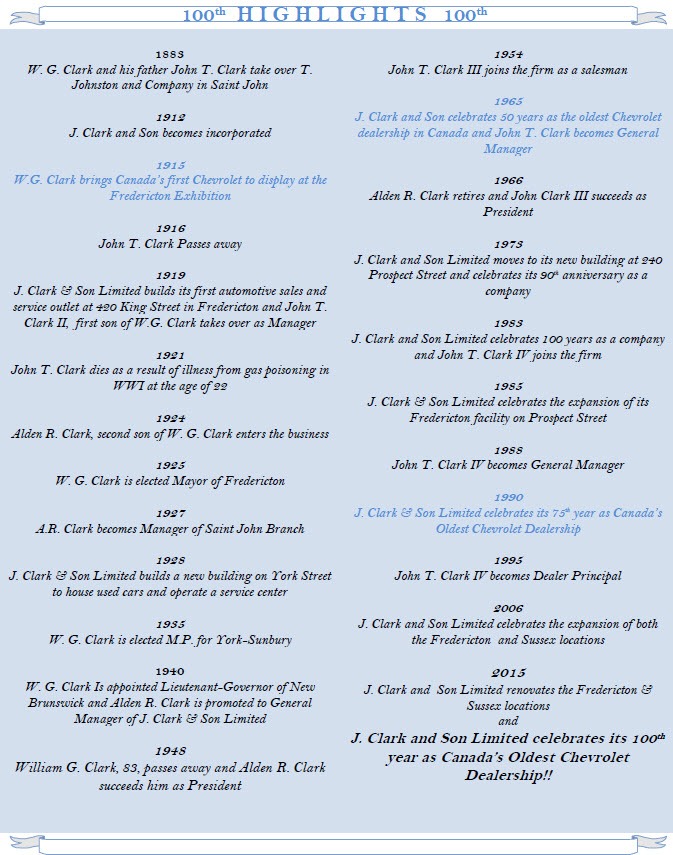 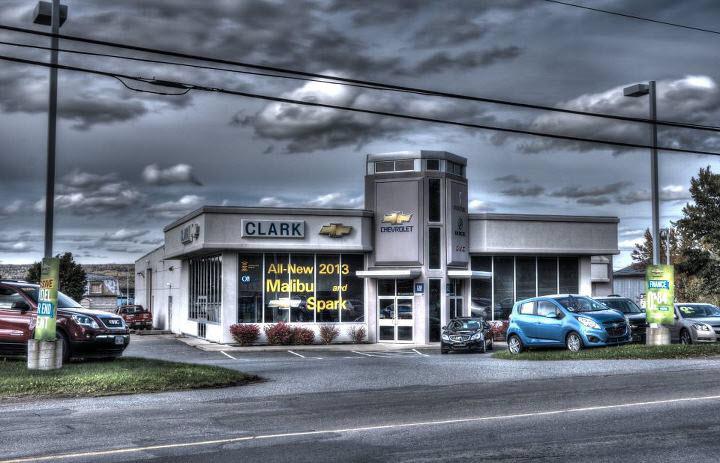 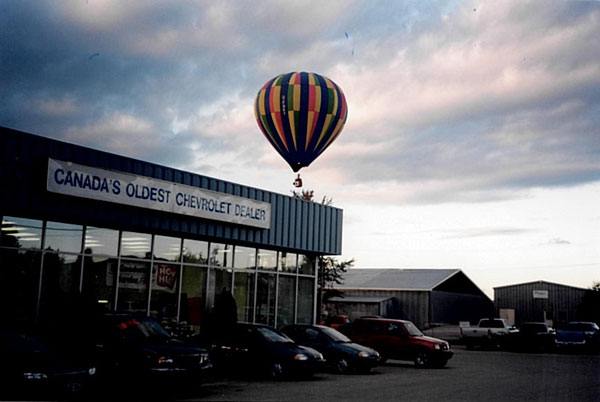 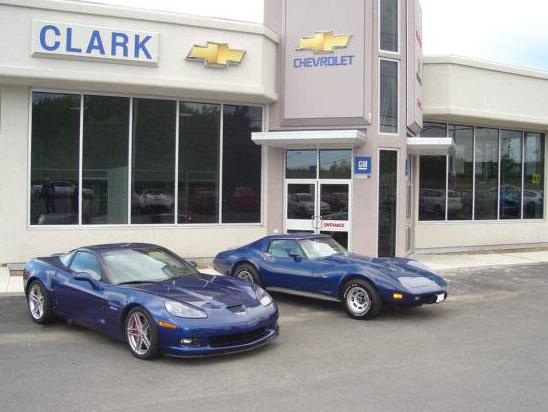 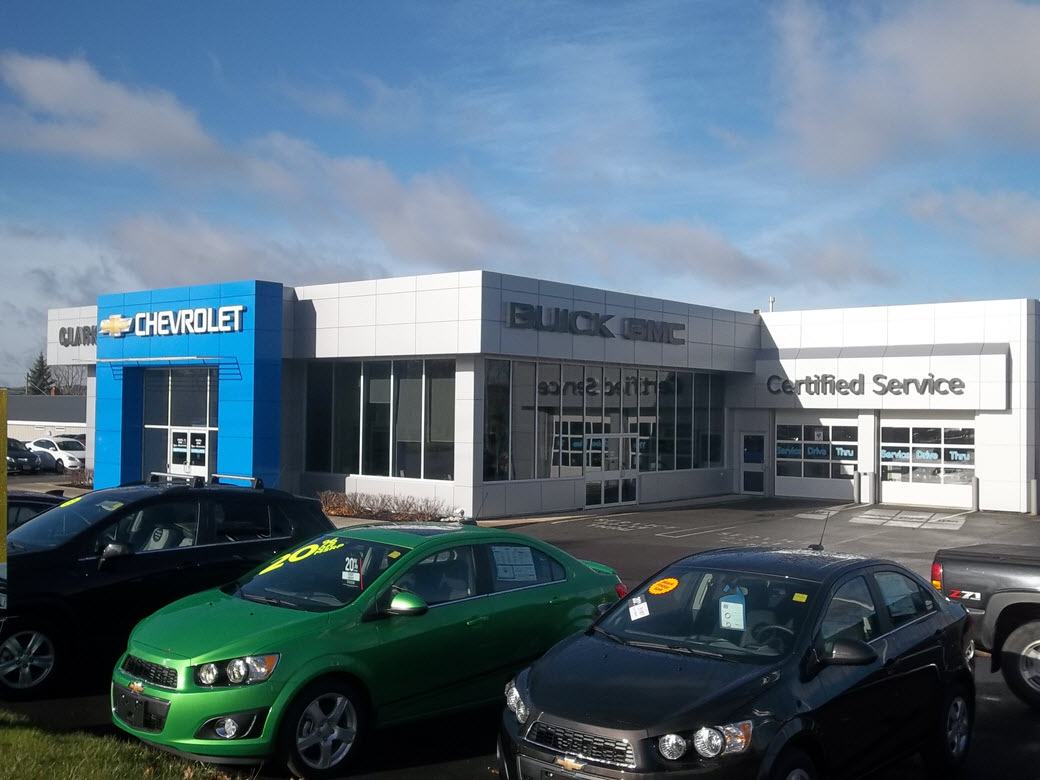 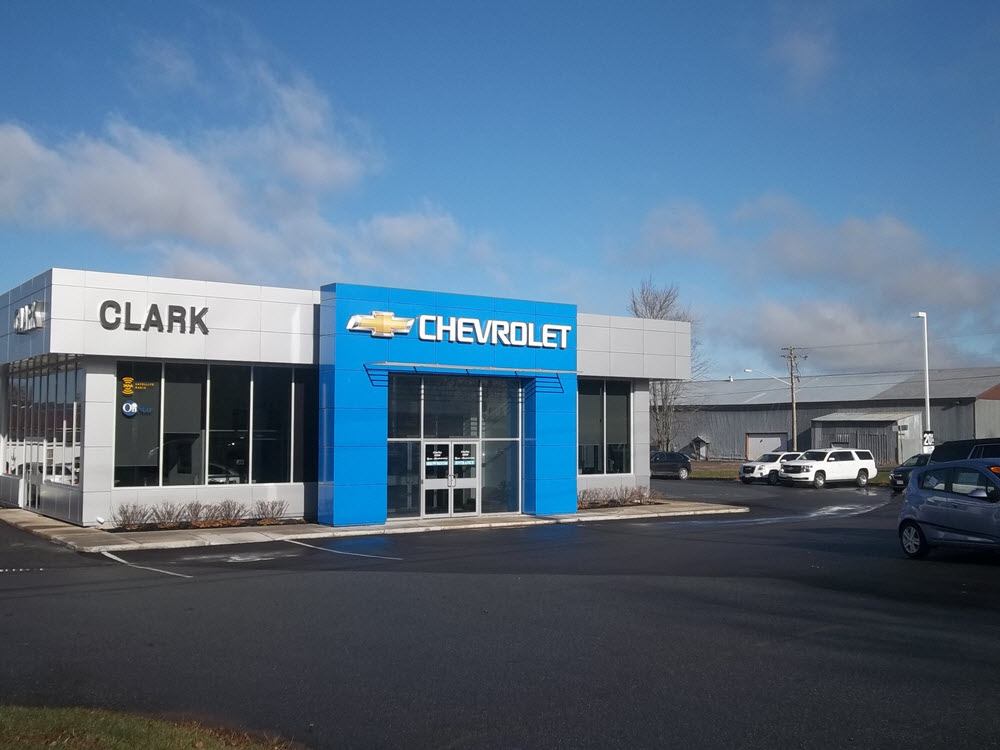